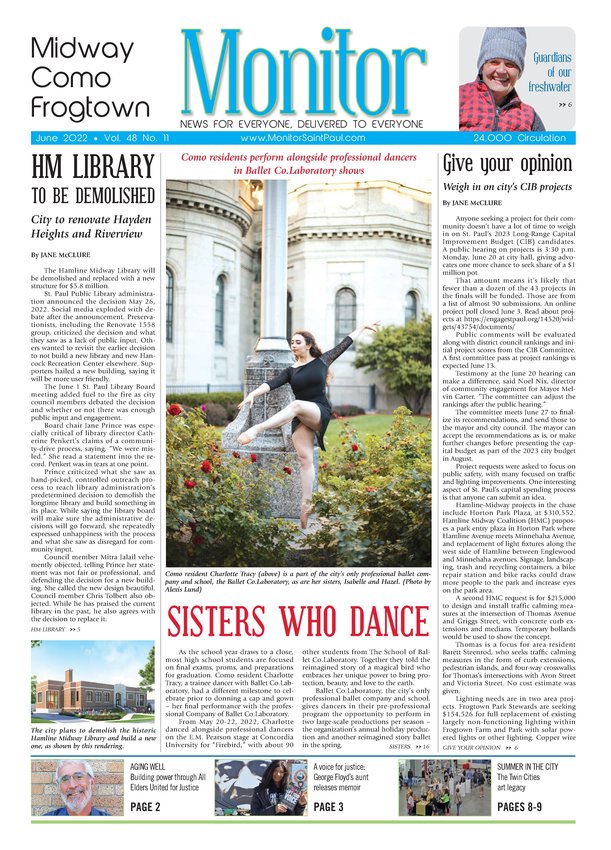 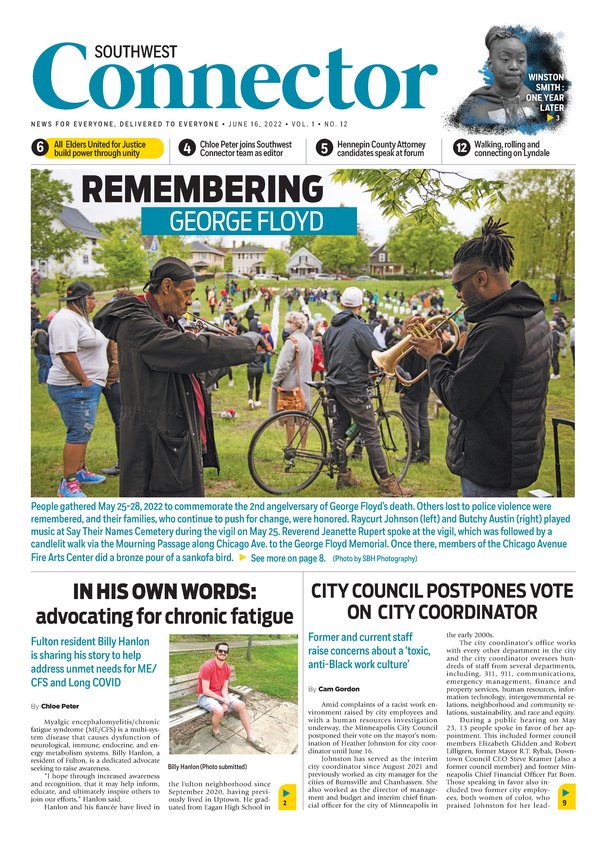 "Saint Paul Urban Tennis had a great experience working with Denis Woulfe, and we will definitely be doing business with your company again!"

Messenger has my attention

The current issue got my attention with its outstanding coverage of local community issues. The renaming of a street to honor exemplary fire chief John Cheatham along with "The Token POC" column by Abha Karnick serve to heighten my awareness and appreciation of what a small neighborhood publication can do. Russ Henry's article on "How to Create a Food Forest" also prompts thought and hopefully action on food practices. The Messenger has my attention.

Thanks for lifting up voices of the unheard and unempowered

As a community member deeply invested and involved in transformative and racial justice, thank you for your op ed on “unbiased” journalism. I appreciated the layering, the nuance, and the complexity involved but also the simplicity of simply uplifting the voices of the unheard, unempowered, and as equally important as anyone with a platform, funding, and “credentials.” I’ve heard it be said before by a wise mentor, Susan Raffo, that a memory doesn’t get to be a cultural memory until there are at least eight versions of it told. Many perspectives - diverse perspectives - are what allow us to more deeply understand each other - not only our differences but our similarities.

Thank you for uplifting voices on the margin and speaking truth to lies. Of course it is no easy feat nor is it meant to be... it’s in the co-struggling (thank you, Jason Sole) that we emerge a stronger and more unified human community.
With respect,
Michelle Steffen
Kingfield

Just finished reading the latest issue of Longfellow Nokomis Messenger. Great job! Thanks for the thoughtful and thorough reportage – your contribution to the community gives us hope for an ever-improving future!!
Best wishes,
Brad Thompson
Ericcson

We read it cover to cover

We just want to say thank you for providing such a wonderful community resource. We look forward to recieving the Monitor, and read it cover to cover every month. It is always chock full of interesting and informative articles. Thanks for turning this into our favorite paper!